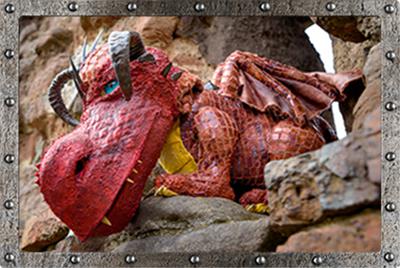 Visit Tamworth for winter fun - There’s plenty to keep families entertained in Tamworth during the colder months, from Dragon Hunts to pantomime cheer…oh yes there is!

If you’re looking for something to keep the children entertained this season, head to our What’s On page which has a listing of local events.

The exciting re-opening of Tamworth Assembly Rooms is happening in the new year after its multi-million pound renovation. A fantastic range of entertainment is on offer for people to enjoy. Tamworth Pantomime Company are welcomed back for a rendition of the pantomime classic Aladdin, featuring a host of popular local performers.

Ditch those January blues with a night of country music at its best and a brand new show coming to the refurbished Tamworth Assembly Rooms. Honky Tonk Angels on Friday, January 31 will celebrate the music of the legendary Queens of Country, Tammy Wynette, Dolly Parton, Patsy Cline and Loretta Lynn.

Swing into February with a stunning celebration of the golden years of stage and screen, on February 7, ‘From Hollywood to Vegas’ showcases three of the 20th Century’s greatest icons – Sinatra, Monroe and Martin. Or catch the UK's favourite puppet, Sooty. For a list of everything happening, visit: tamworthartsandevents.co.uk/whats-on.

Get your walking boots on and take in the beauty of nature. As well as Tamworth’s own 14 nature reserves; the town is bordered by a number of parks which hold their own half term and winter events which are brilliant for families. These include Kingsbury Water Park, Pooley Country Park and Heritage Centre, Rosliston Forestry Centre and Conkers Discovery Centre.

Tamworth offers a variety of entertainment and activities to suit all tastes, from music, comedy and theatre productions, to farms and fairs. Check out our What’s On pages to see what the season has in store for you.